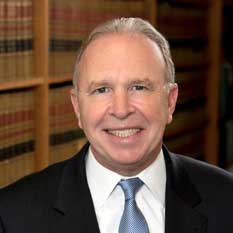 “To Thine Own Self Be True.”

If you spend any time with Charlie Baird, you may hear the phrase “To thine own self be true.” This Shakespearean quote not only embodies Charlie’s calling to be a lawyer and judge dedicated to honesty and integrity, but has also become the standard by which he lives his life.

Charlie Baird is founder of Baird Law Firm, PLLC, which is dedicated to providing excellent representation to individuals charged with a criminal offense in Texas state courts.

Charlie retired as Judge of the 299th District Court of Travis County on December 31, 2010. Prior to his tenure on the district court, Judge Baird served on the Court of Criminal Appeals, Texas’ highest criminal court, from 1990 through 1998. From 1999 through 2006, Charlie served as a visiting justice on the Thirteenth and Fourteenth Courts of Appeals and as a judge on the criminal trial benches in Travis County.

In recognition of his judicial service, Judge Baird has received the following awards:

Additionally, Charlie was a visiting professor at Texas Tech University School of Law, Loyola University New Orleans School of Law, and his “alma mater”, South Texas College of Law where he received the Student Bar Association’s Professor Excellence Award for 2004-2005 and 1999-2000. Professor Baird taught criminal law and procedure, criminal trial advocacy, capital punishment, and appellate and post-conviction remedies. And, while at Texas Tech, he supervised the students in the West Texas Innocence Project.

With more than 35 years of legal experience as a lawyer, professor, and judge in the state of Texas, Charlie Baird will defend you and your liberties aggressively. Don’t wait, schedule your consult today.